This page contains many photographs and may take a while to load, please be patient,
thanks, Peg & Bill.


Early in 2017 we decided that we needed to remodel our garden because the trees and shrubs were becoming too large and required too much time and effort to maintain.
Peg removed several trees and shrubs that had previously been the basis of our lights display, and we replaced them with standard deciduous varieties that would be easier to look after as we get older. 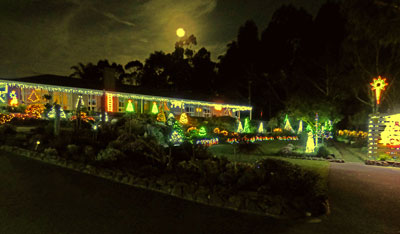 This left the garden looking rather bare and when we began setting up our display (on the first weekend in October) we decided that we would "fill in" with Maypole style light trees (similar to the ones that we had made when we first began our display back in the late 1980's) until the new plantings are more established. 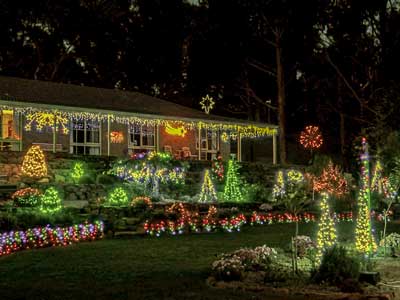 This has worked quite well (although it did mean that we had to put them up, test them and sometimes change them until we felt that we had it right), we are pleased with the result.

During the year we have also been working on a new display featuring Winnie the Pooh, Tigger, Piglet and Eeyore. 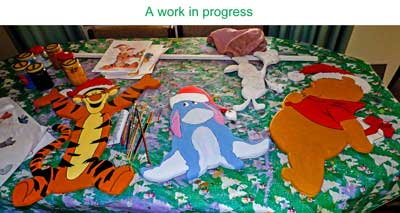 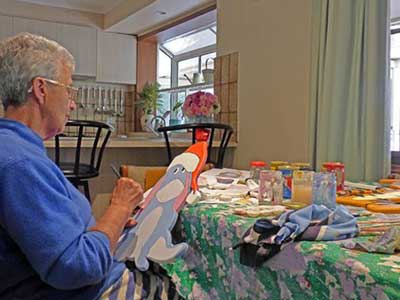 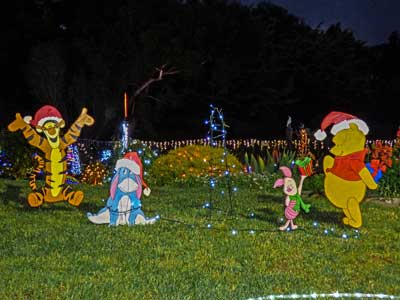 We feel that this will be a big hit with the children this year, as we had a Pooh scene in the 1900's and the children were always attracted to it. 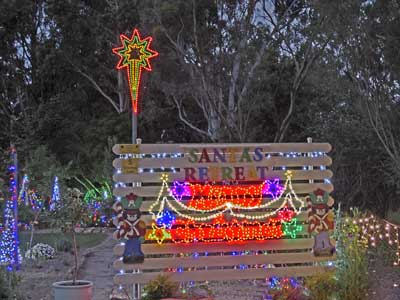 Another new feature this year is the screen at the entrance to the display which welcomes you to "Santa's Retreat".
We named our display Santa's Retreat many years ago, but the sign was discarded when we stopped doing the it in 2009, and we felt that now was time to reintroduce it. 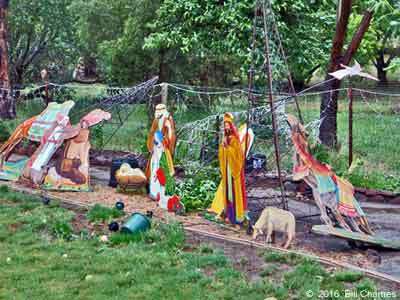 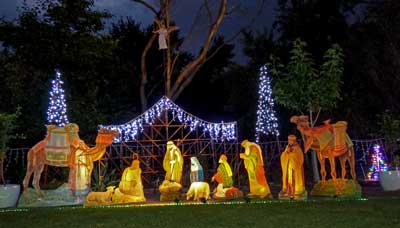 We have also had to spend time working on our Nativity scene and other items which were damaged in a storm during last year's display, and are pleased that all of our regular display items will be featured again this year. 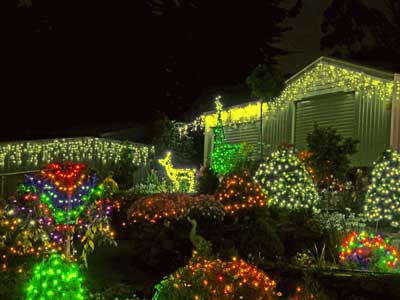 Although we have only completed about half of the display so far,

Peg and I are pleased with the result.(Mid November)

We have now completed to yard displays, and Peg has about 80% of the inside displays done, but we still have to put up the lights along Christmas Lane to light the way for our visitors.(6th Dec.)
The Lobethal Lights Festival is no on.

Weekend Notes has pubilished an article on our display.

[ N.B. The following link takes you to the Weekend Notes site
Click back on your browser to return to this page, Bill]
Click here Weekend Notes
Article
to view an article of our 2017 Christmas Lane lights Display
Peg & Bill 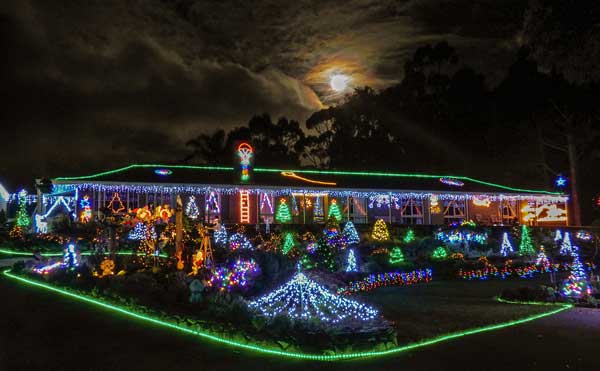 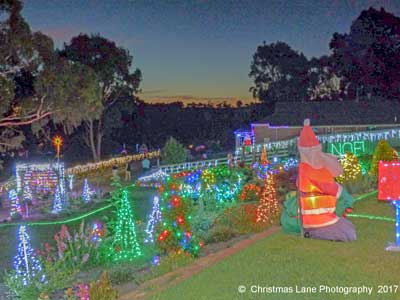 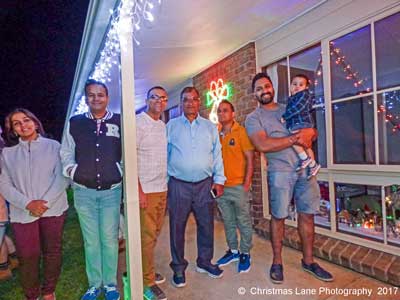 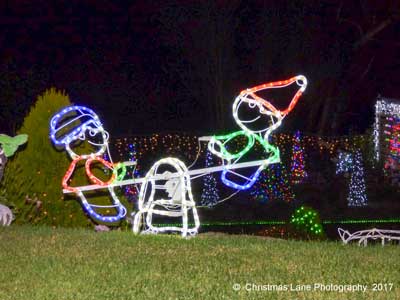 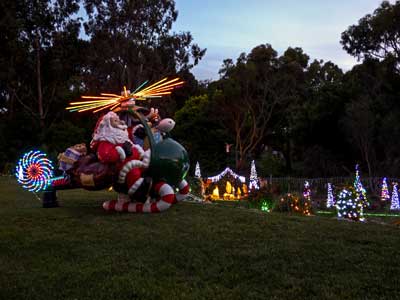 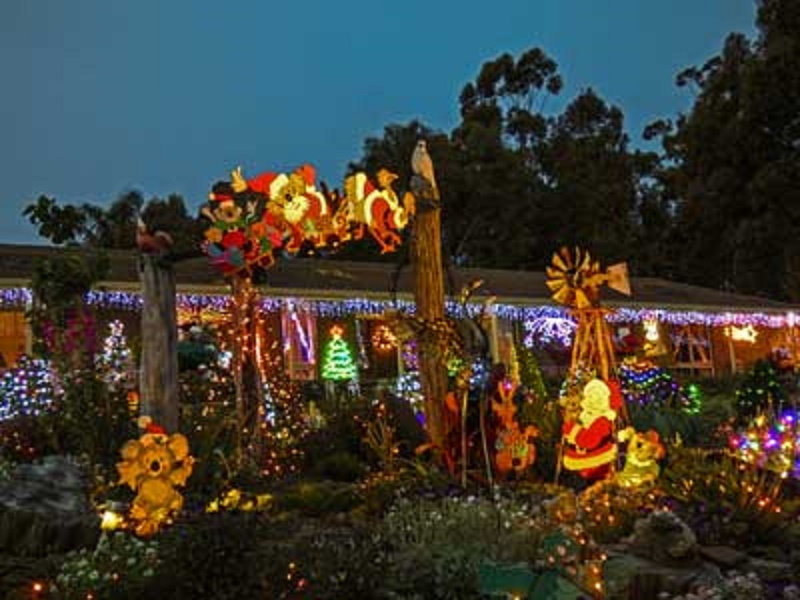 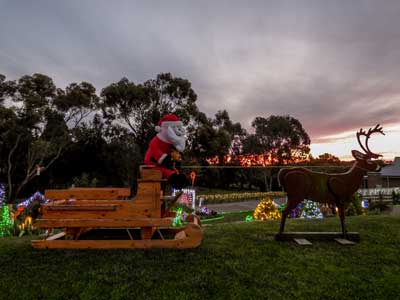 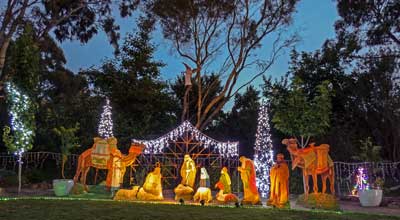 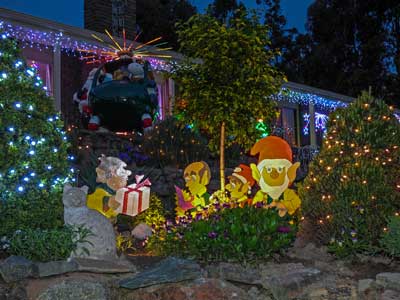 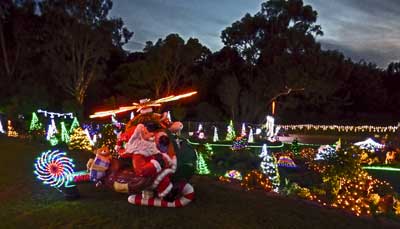 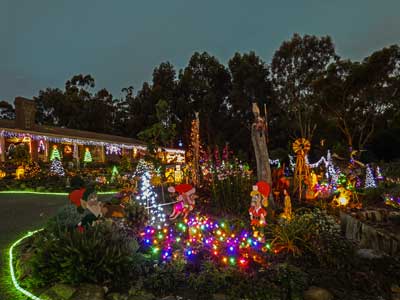 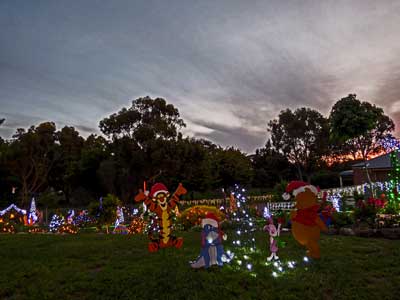 During the display our singing and dancing Santa was damaged by visitors holding him (despite warning signs asking not to touch or hold him) while he was moving. 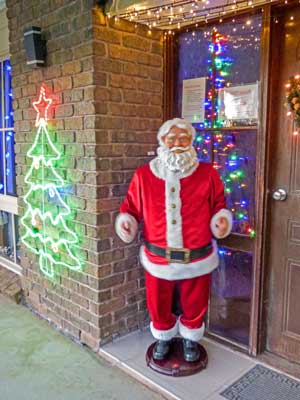 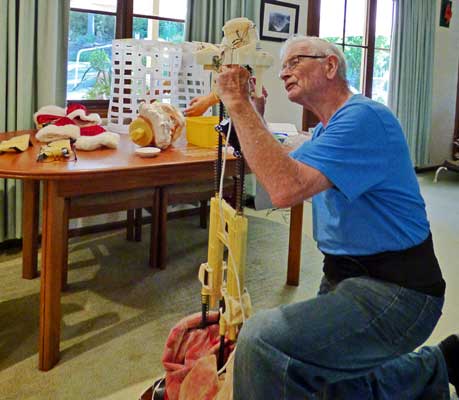 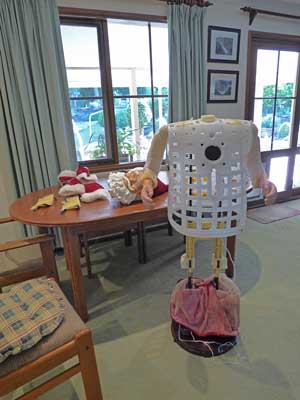 This was very disappointing, as it took about 5 hours to repair him. 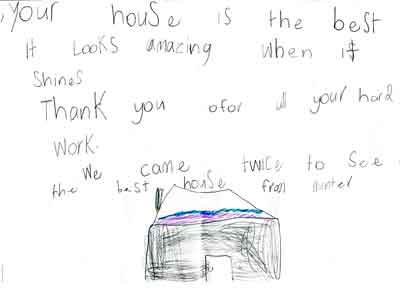 Last night a young boy handed us this card.

His mother explained that they had been up the night before and he wanted to come back again to give us a "Thank You" card.

It is so special to be appreciated by our young visitors.


Thank you Hunter
from Peg & Bill

21/01/2018
Peg got the last of the lights down today.
Now we only have to pack everything away until we start this years display. 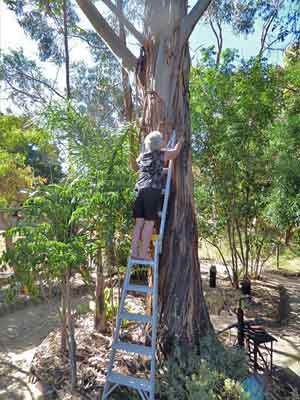 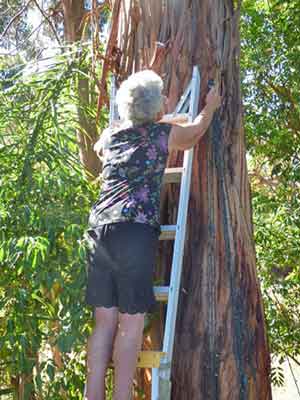 We look forward to seeing you in December!

Enjoy the Christmas Spirit throughout the year.
Come and visit our display for a wonderful Christmas experience,
or email us with your thoughts about our Web Site.
we would love to hear from you.